During the first eighteen years of its existence, the Knights of Columbus had only the first three degrees representing Charity, Unity and Fraternity. At the close of the century it was decided to establish a degree representing patriotism, one which would be more selective in its appeal than the traditional or basic degrees. The new ritual was named the Fourth Degree and was first exemplified in New York on February 22nd, 1900. Fourteen hundred members were chosen to witness this ceremony. It was expected that they would recruit from their councils other Knights worthy of receiving the highest degree. In the years that followed, the patriotic honor was exemplified in various cities and those who took it became a special group, or an assembly within their respective councils.

Formal organization came in 1910 when the Supreme Council provided a government for the degree and gave it a basic law.

The Patriotic Degree was exemplified for the first time in the state of California, in the City of Los Angeles on June 10th, 1905. This was in connection with the convention of the Supreme Council being held at that time in the City of Our Lady Queen of the Angels.

Three years later the Patriotic Degree again was conferred in California. This time in the City of San Francisco on May 10th, 1908. Those who took the degree then, along with those who previously had received it 1905, formed the nucleus of the Fourth Degree membership in the state and constituted the local assemblies of their respective councils. California was made a Fourth Degree District between 1910-1911. In 1912 the main District of California was divided into two Districts… Northern District and Southern District. 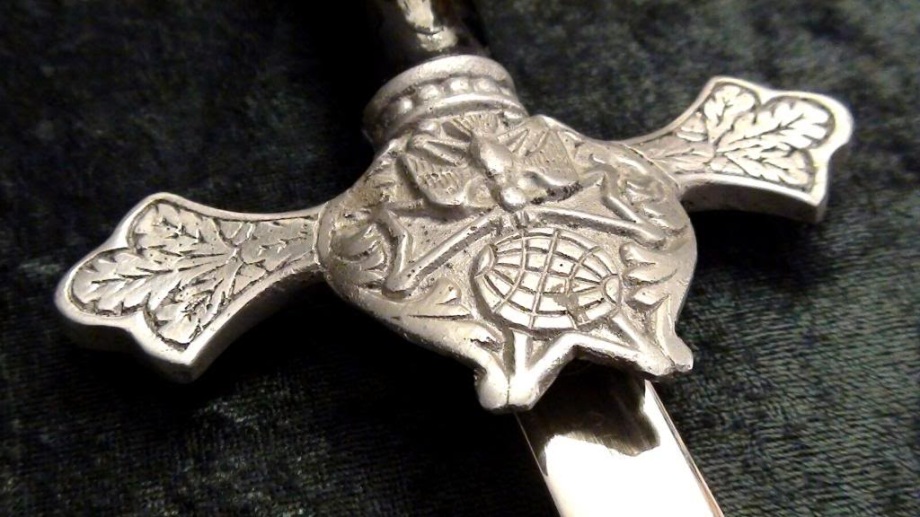 If you are over 18 years of age; a citizen of the country in which you reside; a practical Catholic in union with the Holy See; and you are a Third Degree member in good standing, it’s time to consider joining the ranks of the Patriotic Degree. There is no longer a waiting period to join.  To learn more about the Patriotic Degree click here.
COLOR CORPS  When knighthood was in flower, knights carried the sword to defend their God, their Church, their country and their fellow man according to the code of chivalry. Today, Sir Knights wear regalia and carry the sword to honor Christ and His apostles, especially on religious and civic occasions specified in this manual. Hence, the primary purpose of the Fourth Degree is to encourage active Catholic citizenship and foster the spirit of patriotism in members and the community at large.

The Color Corps members exemplify all the principles of our Order:

The public appearance of the Patriotic Degree Knights as a Color Corps at religious and civic functions is an important activity of each assembly; and demonstrates their loyalties bring credit to themselves and to the Knights of Columbus. 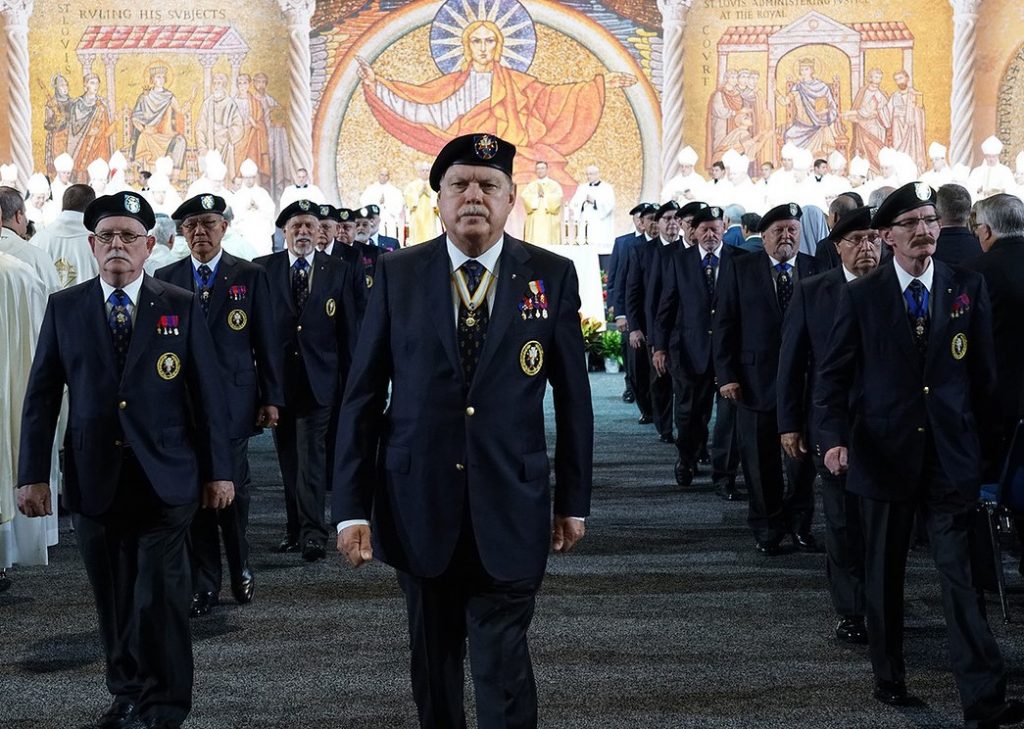 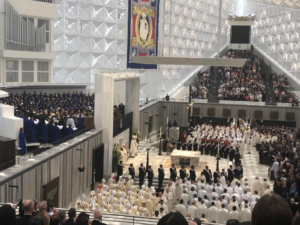 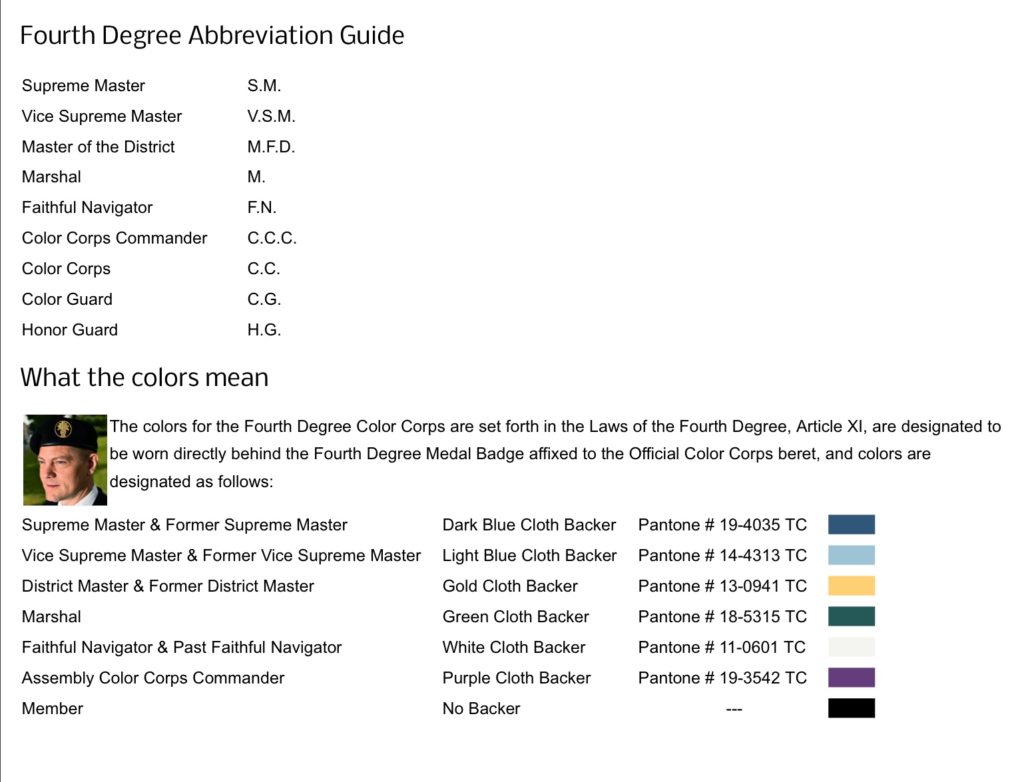 We, the State of California, belong to the Saint Junipero Serra Province.  Most districts are either an entire State or a section of a larger State (i.e. California  has three districts – North, Central and South). 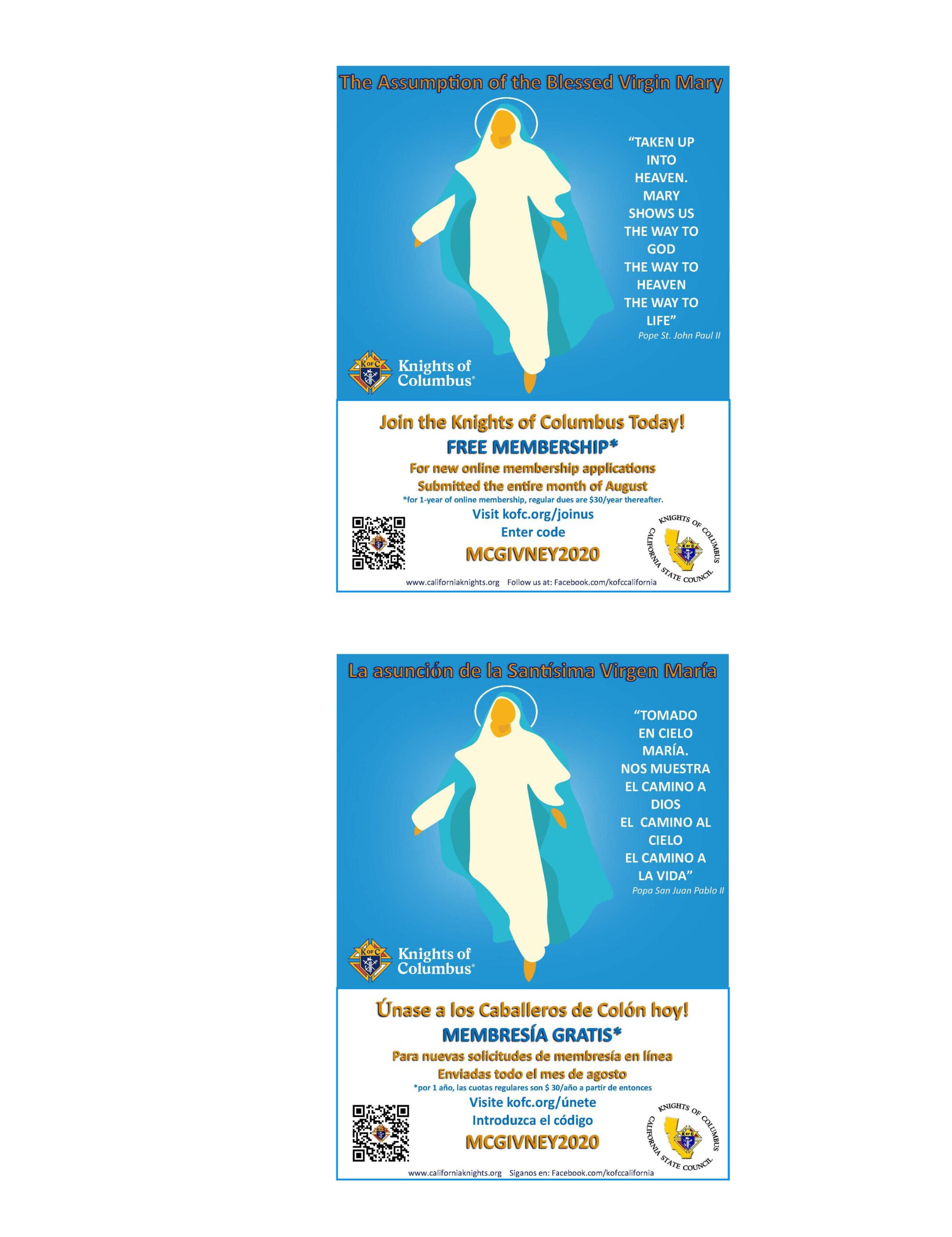 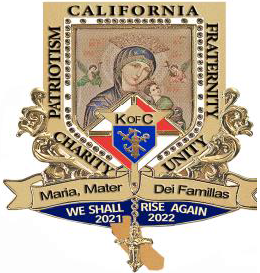