The Knights of Columbus has established a new scholarship program to help fund the education of seminarians preparing to become Catholic chaplains in the U.S. Armed Forces.

The program will distribute $1 million in scholarship money to the Archdiocese for the Military Services, USA, over a period of five years at a rate of $200,000 per year. These funds, in turn, will help produce a new generation of much-needed Catholic chaplains to minister to U.S. military personnel and their families. Fundraising for the Orderwide project will be led by the Fourth Degree, the patriotic degree of the Knights.

The idea for the scholarship developed during Supreme Knight Carl A. Anderson’s recent visit to the aircraft carrier USS Dwight D. Eisenhower. While watching flight-qualifier tests with an assistant secretary of the U.S. Navy, the supreme knight had the opportunity to think about Catholics in uniform and the hardship they face of having to go weeks — and sometimes months — without being able to attend Mass or receive spiritual guidance from a priest.

“It can be very difficult for Catholic members of the armed forces when they’re on forward deployments,” Anderson said. “The U.S. military archdiocese, which supplies Catholic chaplains, estimates that it needs 800 priests to fully serve all of the Catholic men and women in uniform today, but they are only able to supply 280 — barely a third of the number needed.”

The military chaplain scholarship aims to provide a solution to this problem. According to Archbishop Timothy P. Broglio of the Archdiocese for the Military Services, USA, the scholarship money will be dedicated to the archdiocese’s “Co-Sponsored Seminarian Program,” which was initiated to recruit priestly vocations for the military for the benefit of the armed forces as well as participating dioceses and religious orders throughout the country. Through this program, the military archdiocese contracts with each participating diocese to fund 50 percent of the cost of a seminarian’s five-year education — typically $12,500 per year. In return, the candidate agrees that, following ordination and three years of service at a parish, he will commit to serve as a military chaplain under the auspices of the military archdiocese for a minimum of three to five years.

So far, the Co-Sponsored Seminarian Program has seen impressive results. Since its inception, the initiative has garnered an increase in co-sponsored seminarians, from seven in 2008 to 30 in 2010.

“These results, while extraordinary, place a large financial burden on the archdiocese, which annually generates only enough funds — 95 percent from donations — to cover its operating costs,” said Archbishop Broglio, who joined the Order in 2007 while serving as the apostolic nuncio of the Dominican Republic. “The archdiocese has no funds on hand to meet the long-term contractual commitments of the Co-Sponsored Seminarian Program, especially if, as it is hoped, the numbers continue to grow.”

Through this new scholarship, the Order, too, hopes to ensure the future development of the Co-Sponsored Seminarian Program.

“Thanks to the generosity of the Knights of Columbus, this military chaplain scholarship will help fill this need for years to come,” Broglio added. “The Knights of Columbus, over many years, has been most generous in providing much-needed financial support to this archdiocese…. [This] is but the latest instance of the organization’s generosity. For that, I am most grateful.”

For most men who follow Jesus, there comes a time when duty extends beyond our own lives, beyond how we lead our families, and into how we serve our fellow man. That’s what the Knights of Columbus is all about. The Patriotic Degree allows K of C members to take this one step further. “Sir Knight” is more than a title — it’s an honor. 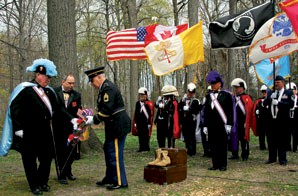 An honor guard of Fourth Degree Knights from Michigan Fourth Degree District #2 looks on as (from left) Vice Supreme Master George A. Dann, Supreme Director Thomas M. Wegener and Joseph Salvia place a wreath at the fallen soldier memorial at Patriarche Park in East Lansing. Following the district’s Fourth Degree exemplification, 216 new Fourth Degree Knights joined other K of C members, an Armed Forces color guard and a bagpipe band for a procession and memorial service at the nearby park.

Read more about the Patriotic Degree 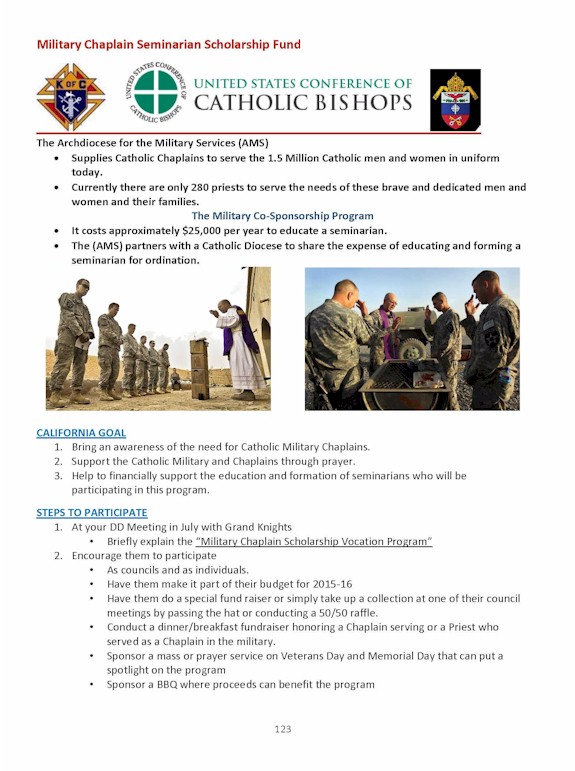 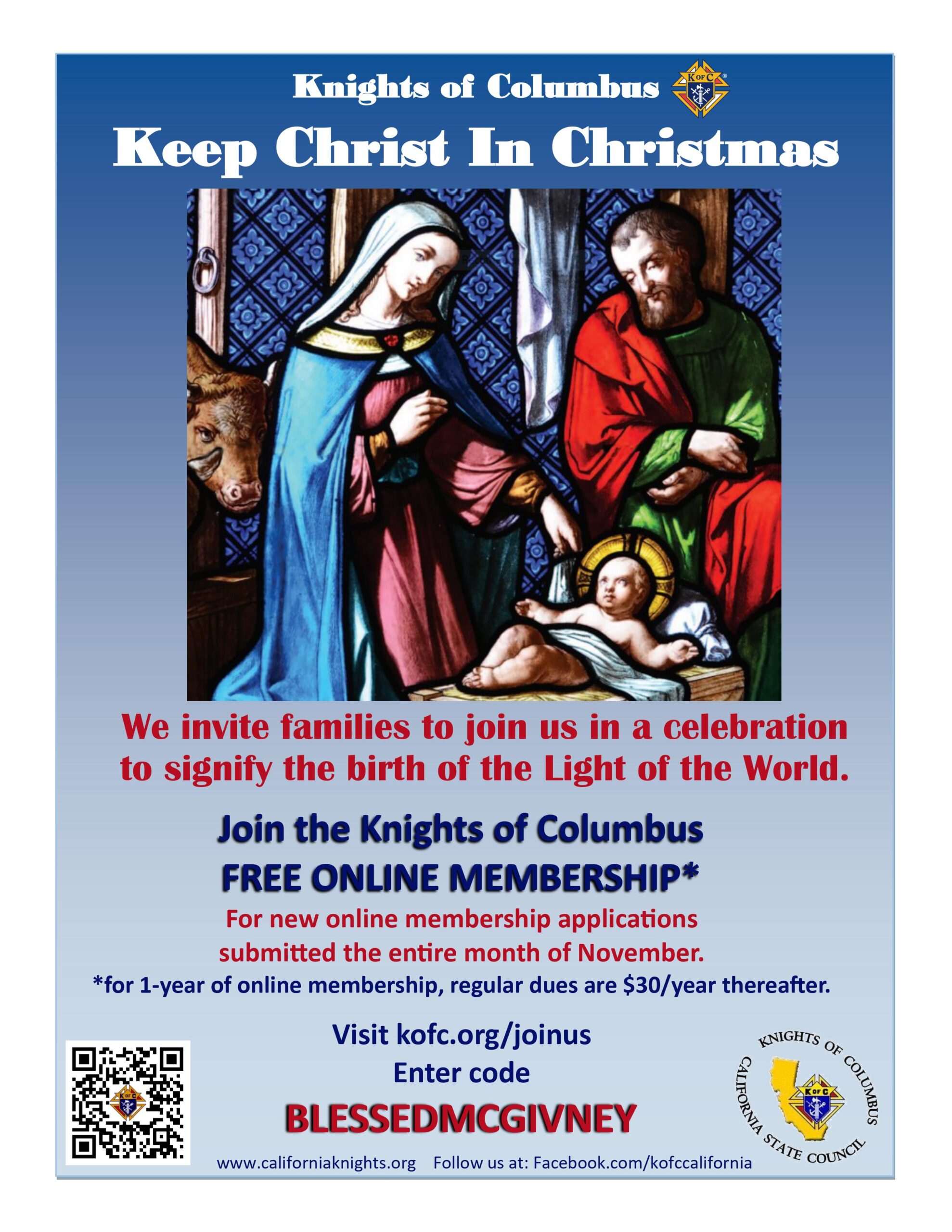 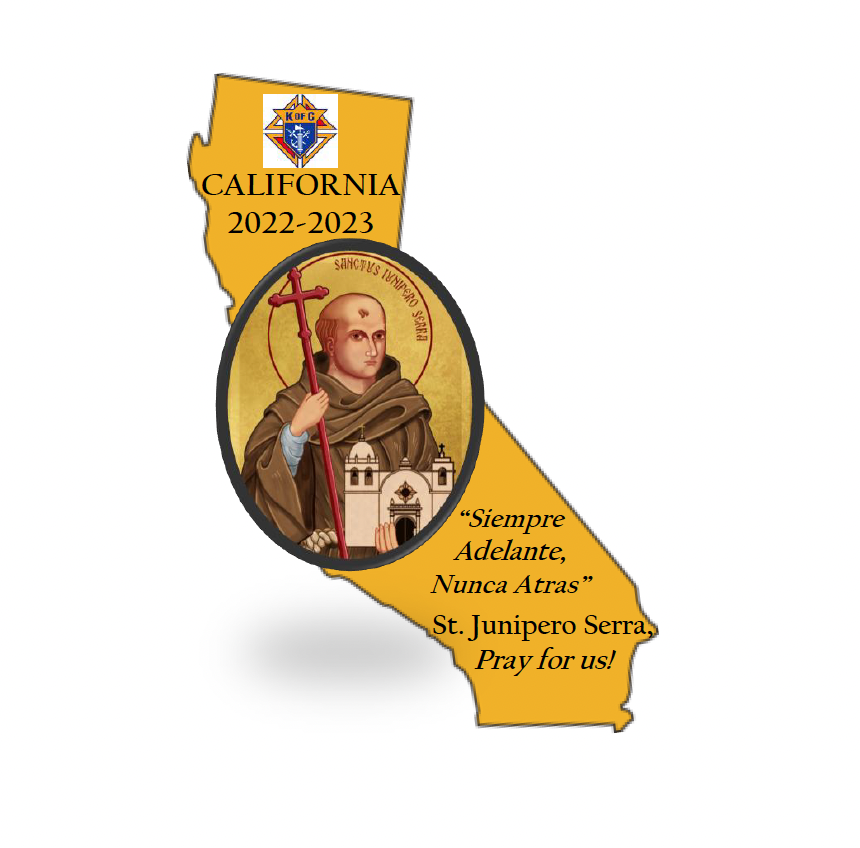